Find this article at:
go.ncsu.edu/readext?339111
— Written By Olivia Patchel and last updated by Sherry Lynn

The annual Soybean Festival, co-sponsored by the Pasquotank Agribusiness Council and  North Carolina Cooperative Extension was recently held on the campus of Elizabeth City State University. As part of the festival, 4th grade students in the four county area are invited to participate in a poster contest. The posters must display that year’s theme and show some understanding of the production of soybeans and some of the many products that are produced from the soybean. This year’s theme was Soybeans: Without Boundaries. Much appreciation and thanks is extended to Mrs. Costello, Mrs. Gioia, and Mrs. Philbrook’s 4th grade classes at Moyock Elementary for encouraging their students to participate in this year’s poster contest. Their students entered 67 posters in the contest, and those 5 students with the top posters were invited to attend and were recognized at the Soybean Festival. Currituck County Cooperative Extension would like to congratulate the Currituck County winners. First place was Mira Schilling from Mrs. Gioia’s class,  2nd place Caroline Boughn from Mrs Costello’s class, and 3rd place Anita Lin from Mrs. Philbrook’s class. In addition, those students recognized for honorable mention posters were Gavin Hood from Mrs. Philbrook’s class and Cole Spinato from Mrs. Costello’s class. The Currituck winners and the teacher of the first place winner will be recognized with special awards sponsored by the Currituck Farm Bureau at Moyock Elementary School during February at the school awards assembly.

Also at the annual Soybean Festival, soybean producers with highest record yield during 2014 from Camden, Pasquotank, Perquimans and Currituck counties were recognized with plaques denoting their contest yields. Jim Barco of Barco Brothers, Incorporated accepted his award for the highest soybean yield in Currituck County of 73.8 bushels per acre. 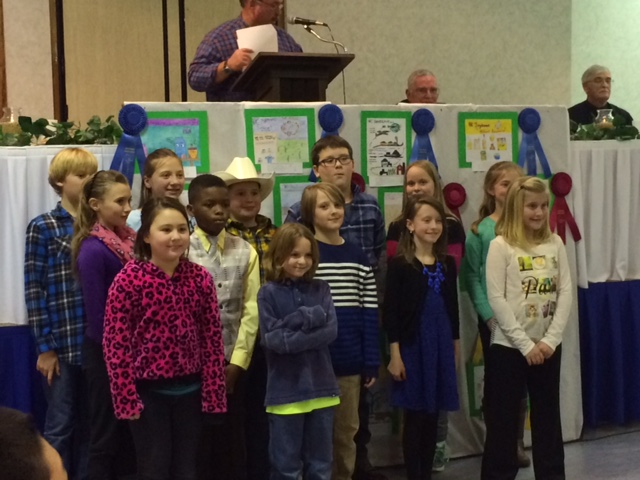 Winners of the Soybean poster contest from Camden, Currituck, Pasquotank and Perquimans counties. 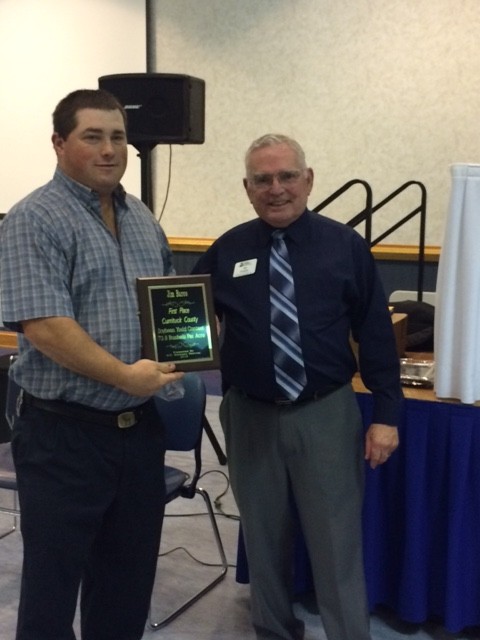